Mafia Island, known asChole Island, is one of Tanzania’s major seaside resorts, which is often wrongly included among the beaches of the Zanzibar Archipelago, such as Pemba and Unguja. The island is actually part of the Mafia Archipelago, together with Chole, Juani and Jibondo islands, and is located 25 km off the African coast.

Mafia Island is administered and ruled by the mainland as one of the six districts of the Pwani region. The island covers a very small area, as are the number of inhabitants, who mostly live off fishing and subsistence farming.

Mafia Island is a magnificent tourist destination, chosen every year by several tourists interested in safaris in Tanzania, snorkelling and white sandy beaches, not to mention, of course, those interested in coral atolls.

The main activities in Mafia revolve around diving and snorkelling, as the island is made up of enchanting corals and a wide variety of fish. The island is also well known for deep sea fishing, and is famous for the presence of tuna, marlin and other large fish. 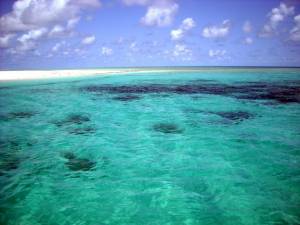 The Mafia Island Marine Park (MIMP), known in Italian as Parco marino dell’Isola di Mafia, was founded in 1995 to protect an ecosystem of considerable naturalistic importance, home to over 400 fish species in its waters.

This is Tanzania’s first Marine Park, consisting of numerous coral islands around the main island – Mafia, from which the Park gets its name. The Park encompasses, in a unique complex, different ecosystems of estuary, mangrove, coral reef and marine channel. There are about ten villages within the park.

In addition to marine species, the island also has monkeys, antelopes, lemurs and other small mammals. Numerous birds, falcons and ospreys also nest on the many rocks surrounding the main islands. The beaches and expanses of white coral, of which there are 48 species, are not the only enchanting sights, but also the hinterland, where there are baobabs, mangroves, antelopes, 13 different bird varieties and galacids, small nocturnal monkeys known as Forest Children.