Safari to experience the beauty of the Ruaha Park.

Travel to Ruaha National Park, Tanzania’s largest park, to experience a magical journey through the most pristine and wild lands. Safari Avventura will take you to discover this place and the many and varied animals that inhabit it, such as lyacons, elephants and lions.

Are you ready to set off?

Starting from 1329 USD per person

• The transportations mentioned in the program, with a Toyota 4×4 private jeep with retractable roof;
• Transportation to/from Ruaha – Msembe;
• Overnight accommodation at the lodge (2 nights);
• Admissions and park activities;
• Professional English speaking guide;
• Full board (including water during meals) + water and coffee in jeep during the safari;
• AMREF Flying Doctors Medical Insurance;

• Airline flights;
• Entry visa;
• Tips to guides and extras;
• Everything not specified in “THE PRICE INCLUDES”.

For more information, please contact us at the contact details listed at the bottom of the page; we will be happy to respond as soon as possible. 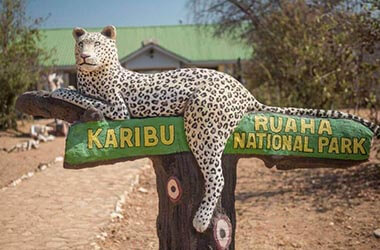 Arriving by plane from Dar Es Salam or Zanzibar (flight not included, except on request) in the landing strip of Msembe, home of the park, you will embark on a nice jeep photo safari in the vast Ruaha Park.

The Ruaha is located in the centre of Tanzania, about 130 kilometres from Iringa, and is part of a larger ecosystem comprising the Rungwa Game Reserve, the Usangu Game Reserve and many other protected areas. It is also the largest park in Tanzania and East Africa, with an area of approximately 20,226 km square.

The park’s name stems from the Great Ruaha River, which flows along its south-eastern border and is the heart of the game drive, as its banks become rich in animal life during the dry season (June/December), making it the preferred hunting ground for lions, leopards and cheetahs.

The Ruaha is also one of Tanzania’s bird paradises with over 571 different species present. 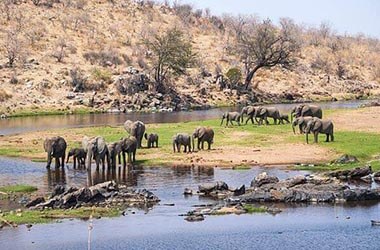 Today’s game drive in the vast Ruaha will start very early in the morning, with breakfast served at the park. The game drive will continue after breakfast in pursuit of wild animals in different areas of the park.

The Ruaha has the highest elephant concentration compared to any other national park in East Africa. It is also a place where magnificent mammals such as the Kudu and the antelopes of Sable and Roan can be easily spotted. The park is as well the perfect habitat for endangered lyacon species. Other animals that can be seen here are lions, leopards, cheetahs, giraffes, zebras, impalas, bat-eared foxes, jackals, crocodiles, etc. 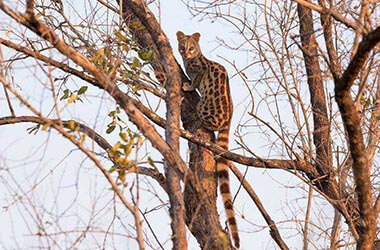 Today we continue with a morning game drive before returning back, departing this timeless and enchanting place.

You will then be escorted to the Msembe airstrip after that to catch your plane back to Dar Es Salam or Zanzibar (not included, available only on request).

Book your fantastic safari in Ruaha Park now, for an unforgettable 3-day adventure!